To mark the 90th anniversary of the Hockenheimring, Porsche presents the first special edition based on its electric sports car: the Porsche Taycan GTS Hockenheimring Edition. 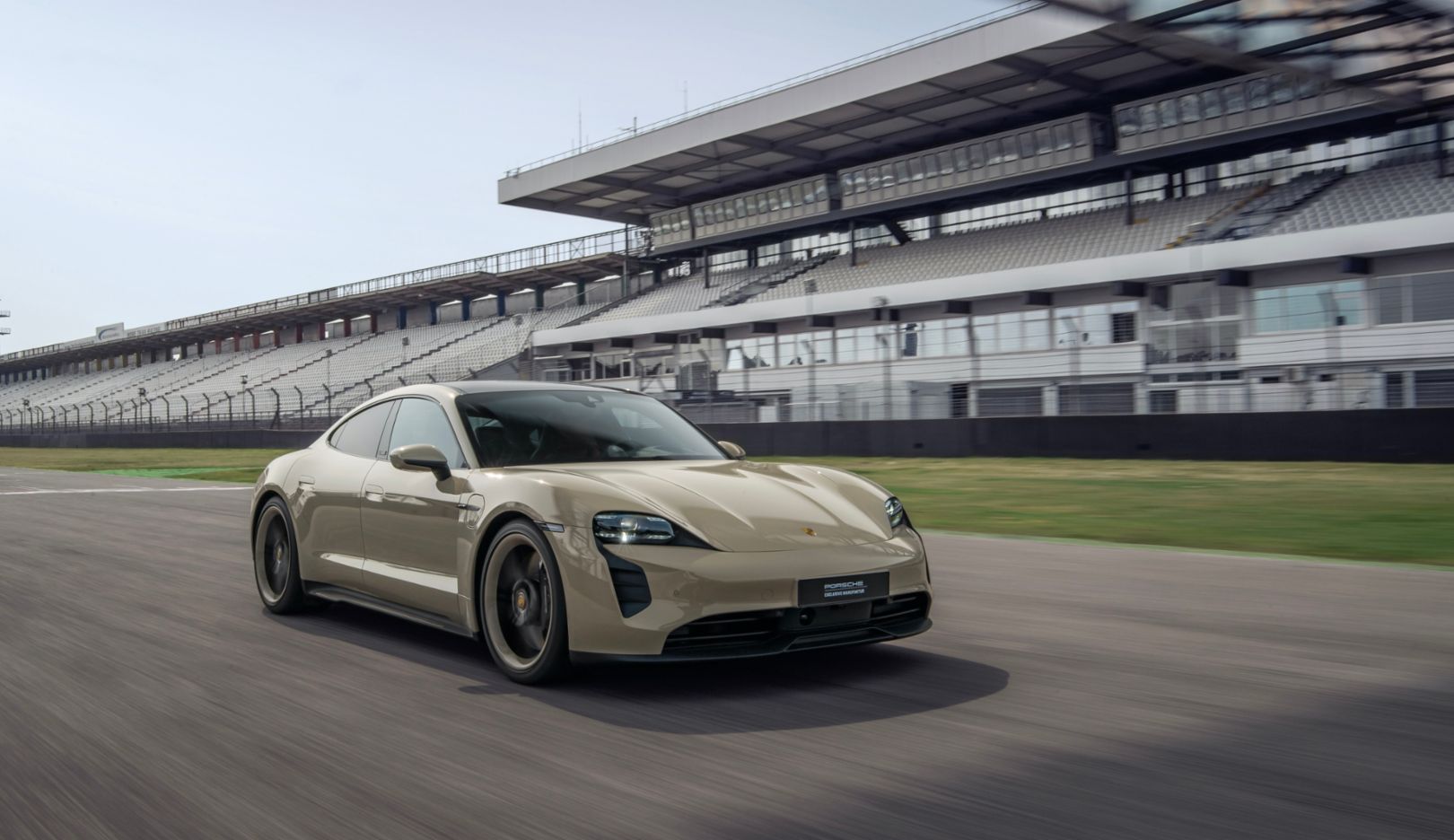 20/05/2022To mark the 90th anniversary of the Hockenheimring, Porsche presents the first special edition based on its electric sports car: the Porsche Taycan GTS Hockenheimring Edition.

Exclusive access also comes as part of the car’s equipment package: with the vehicle key, customers can identify themselves as owners of the special edition. This entitles them to drive straight to the Porsche Experience Centre (PEC) Hockenheimring, which is located at the heart of the racetrack. It also comes with two years of free charging during the opening hours of the PEC Hockenheimring. Customers also enjoy preferential parking at PEC ‘Frühschicht’ events, the monthly vehicle gatherings of Porsche enthusiasts.

“With this exclusive special edition, we are not only delighting fans of our all-electric sports car, but also highlighting our attachment to the Hockenheimring,” says Alexander Pollich, Chairman of the Executive Board of Porsche Deutschland GmbH. “We congratulate the legendary racetrack on a rich, 90-year history. With the Porsche Experience Centre there, the Hockenheimring has become even more of a home for our brand since 2019.” During the anniversary year, a Porsche Taycan GTS Hockenheimring Edition will be on display as a show car at the Hockenheimring.

“Fine materials, an elegant colour combination and unusual details that we have not yet shown in the Taycan in this way – these are what make this special edition unique,” says Alexander Fabig, Vice President Individualisation & Classic at Porsche. The Stone Grey paintwork comes from the custom colour programme and is reserved for the special edition in the current model year of the Taycan. This timeless, striking Porsche exterior colour underscores the emotive character of the electric sports car. Bronzite was developed as a contrasting colour to round out the scheme. It reinterprets classic metallic tones and provides elegant exterior and interior accents.

Another eye-catcher is the 21-inch Mission E Design wheel. The wheel centre is painted in Bronzite (satin finish), while the surrounding rim edge is finished in the exterior colour, Stone Grey (high gloss). Satin finish and high-gloss paints were applied together on each rim, a combination that makes the vehicle even more exclusive. In keeping with the wheel centre, the hub cap is painted in Bronzite (satin finish) and features a coloured Porsche crest. The brake callipers are painted black (high-gloss).

Other Bronzite accents include the SportDesign side sill trim, the rear diffuser inlay in a louvred design and the ‘Taycan GTS’ model designation on the tailgate. A plaque with a raised printed anniversary logo adorns the B-pillar, indicating the occasion for the special edition. The ‘Hockenheimring Edition’ lettering next to it is finished in Stone Grey.

The exterior design concept is continued in the interior. The decorative stitching in Island Green offers a contrast to the black leather interior. This colour scheme is a first in the Taycan model series.

Another special feature is the embossed Hockenheimring anniversary logo on the lid of the storage compartment in the centre console. The brushed aluminium door sill guards in Black feature the illuminated ‘Taycan GTS’ model designation. The door projectors display the anniversary logo on the floor. The Porsche Exclusive Manufaktur’s attention to detail is also evident in the vehicle key, which is painted in the exterior colour of the car and features a high-quality laser engraving of the anniversary logo.

With its first event – a motorcycle race – held on 29 May 1932, the Hockenheimring opened with a triangular circuit layout. The track configuration was changed 1938, when the Hockenheimring was given its oval shape and became a high-speed circuit. On 2 August 1970, the first Formula One race was held at Hockenheim. For the future, the racetrack is pursuing its vision of developing into a modern mobility showcase. ‘Mobile evolution’ – the guiding theme of the anniversary – describes this transfer of the past into the future. ‘Traditional elegance’, meanwhile, expresses Porsche’s long tradition and exclusivity.

About the Porsche Experience Centre Hockenheimring